The Civil Aeronautical Authority of Panama announced that commercial and general international passenger flights remain suspended. The new regulation would extend the measure for another month, starting at 11:59 p.m. on July 22nd.

The institution explained in a statement that the measure does not include humanitarian flights and those required to transport cargo or goods, hospital and medical equipment, medicines, vaccines and any public health supplies required to address the COVID-19 health crisis.

Since March 22, and after the first cases of the Coronavirus were reported in the country, the Panamanian government has suspended the arrival and departure of all international flights. 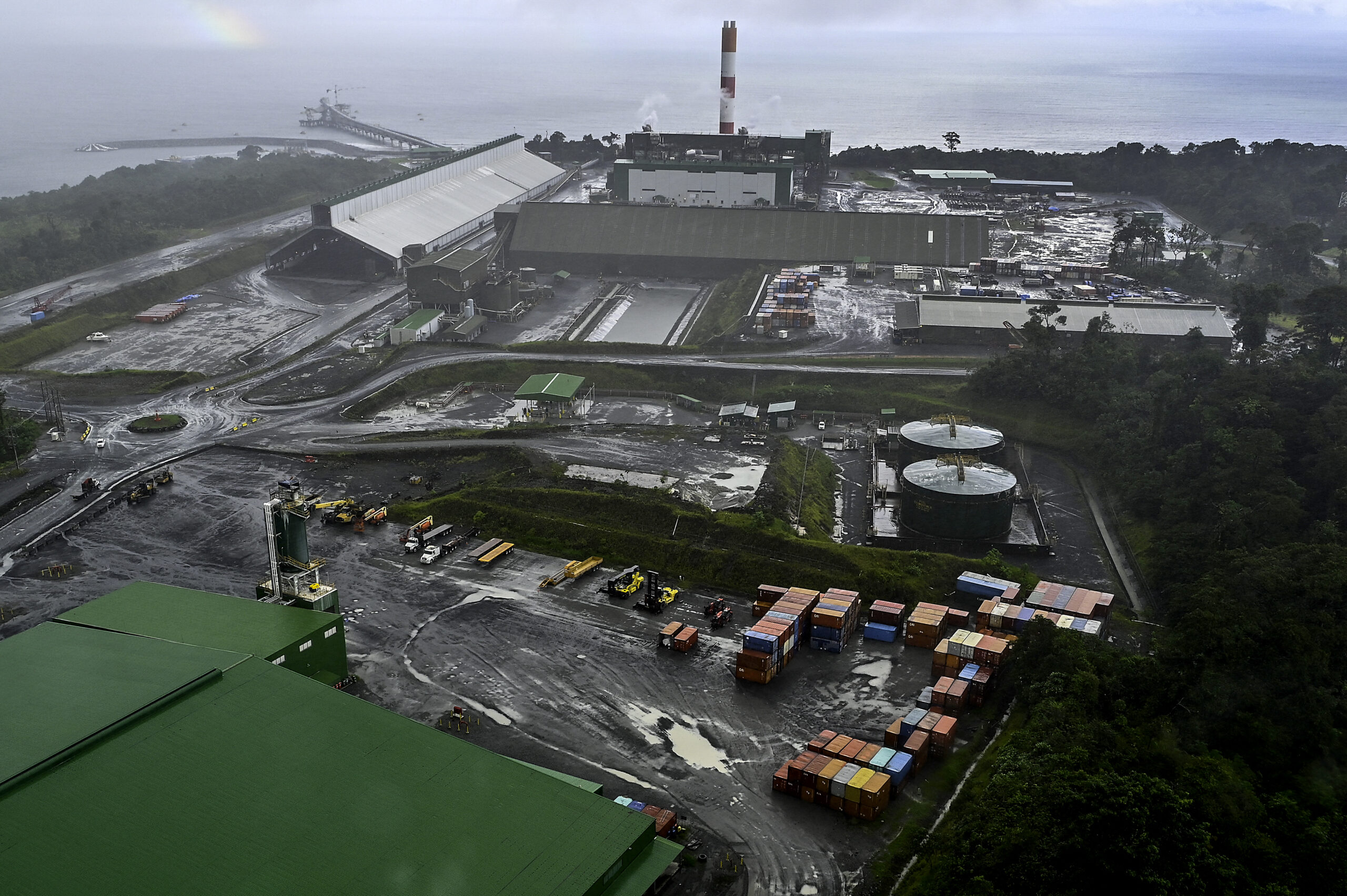 Rising up through the lush vegetation of Panama’s Caribbean coast, a 125-meter chimney serves as a beacon for helicopters approaching the largest mine in Central America, which faces closure next week over a contract dispute.

Gigantic 400-tonne trucks slowly wind around the stepped slopes of a massive gash in the earth one kilometer wide, the ochre and grey of the copper mine standing in stark contrast to the verdant jungle surrounding it.

The activity could grind to an expensive halt in a matter of days.

Canadian mining giant First Quantum Minerals has until next Wednesday to sign a new contract with the government, which is demanding the company multiply the taxes it pays by 10.

If the parties do not agree, the disagreement could halt the work of a mining project considered the largest private investment in Panama’s history, contributing four percent of the country’s GDP and 75 percent of export revenues.

“We have been given a deadline to sign the new contract by December 14, to accept the new terms,” First Quantum’s manager in Panama, Keith Green, who is Scottish, told AFP.

“We intend to reach an agreement, but negotiations are a bit deadlocked,” he added.

First Quantum, one of the largest copper miners in the world, began commercial copper production at the site in Donoso in 2019, through its subsidiary Minera Panama.

It has spent $10 billion on earthworks, construction buildings to house more than 7,000 employees, the purchase of heavy machinery, a power plant, a port for deep-draft merchant ships, access roads, and re-forestation plans.

President Laurentino Cortizo in January announced plans to toughen the conditions of the mining license, with a new contract that would oblige the mining company to pay “at least” $375 million to Panama annually — ten times what it is currently paying.

“Panama has the inalienable right to receive fair income from the extraction of its mineral resources, because the copper is Panamanian,” he said.

This mine is “the biggest in Central America,” producing 300,000 tons of copper concentrate per year, said Green.

The deposit, discovered in 1968, lies on the Caribbean coast, 240 kilometers by road from the capital Panama City.

The company, listed on the Toronto Stock Exchange, built the Punta Rincon International Port next to the mine to transport the copper by ship, due to a lack of roads connecting the Colon port, 40 kilometers (25 miles) away.

Despite the uncertainty over the mine’s future, activity has not slowed and the company has continued to invest in the site.

A new 200-tonne drilling rig — as tall as a three-story building — was inaugurated in a ceremony on Tuesday, causing heavy air traffic.

Helicopter pilot Oldemar Arauz explains that most officials visiting the mine prefer the one-hour air trip to the four-hour drive on a narrow road from the capital.

The drilling rig, made in the United States by the Swedish company Epiroc, cost $6 million, and was transported to the mine in 10 trucks.

“Latin America has 200 of these drills, 50 in Chile and now three in Panama,” said Epiroc’s Latin America manager Hans Traub.

The drill was assembled by Chilean engineer Alex Gonzalez, who previously worked in Chuquicamata, the world’s largest open pit copper mine, situated in the Atacama desert, which has been operating since 1915.

Central America does not have the same mining tradition seen further south. Mining is illegal in Costa Rica and El Salvador, and while there is much potential for growth in Panama, the industry’s future is now hanging in the balance. 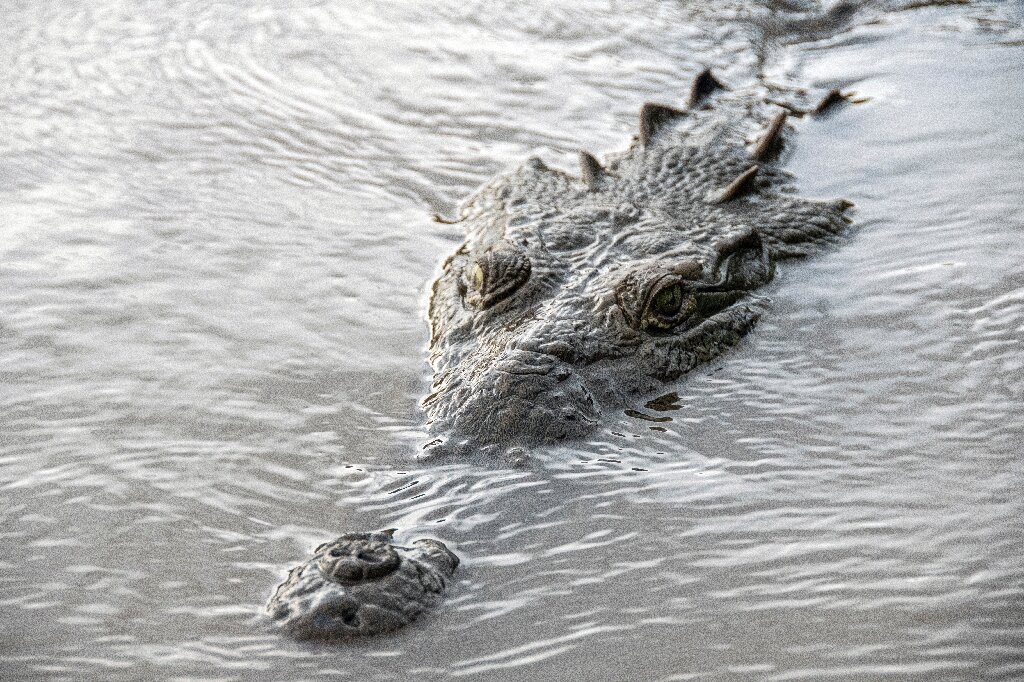 In one of the most polluted rivers in Central America, a vulnerable crocodile species is thriving despite living in waters that have become a sewer for Costa Rica’s capital, experts say.

Every day, trash and wastewater from San Jose households and factories flood into the Tarcoles River, which vomits tires and plastic into the surrounding mangroves.

Nevertheless, some 2,000 American Crocodiles have adapted to life in the toxic river that bears witness to the country’s decades-long battle with waste management.

“It is a super-contaminated area, but this has not affected the crocodile population,” said Ivan Sandoval, a biologist with the National University of Costa Rica.

“The Tarcoles River is the most polluted river in Costa Rica, and one of the most contaminated in Central America. Heavy metals, nitrites, nitrates, and a large amount of human waste can be found,” added the crocodile expert.

According to the International Union for Conservation of Nature (IUCN), there are only about 5,000 of the crocodile species — found in 18 countries — left in the world after decades of hunting and habitat loss.

The organization lists the Crocodylus acutus as “vulnerable,” but says its numbers have increased in recent years. The Costa Rica population is “healthy and robust.”

Indeed, the large reptiles — basking in the sun and occasionally feeding on fish that come up the channel from the sea — appear unphased by some 150 types of bacteria that Sandoval says have been detected in the river.

He describes the carnivores as “living fossils” with the capacity to survive very tough conditions.

“They haven’t had to change anything in millions of years, they are perfectly designed.”

Sandoval said that since 1980, Costa Rica’s population of the crocodiles “are recovering,” and warns of the threat of tourist activities.

The river’s crocodiles are a major draw for foreign visitors, who take boat tours to see the creatures up close.

Some feed the animals, which is prohibited, and Sandoval worries about them getting too used to being close to people.

Juan Carlos Buitrago, 48, who captains one of the tour boats, says he and other locals regularly pull hundreds of tires and plastic waste from the water.

He delights in the fauna of the river, with macaws flying over ahead at sunset, but wishes his countrymen would stop polluting his “office.”

“We cannot hide the pollution,” he tells AFP.

Costa Rica has impressive environmental credentials, with a third of its territory marked for protection, 98 percent renewable energy, and 53 percent forest cover, according to the UN’s environmental agency.

However, the law is not always strictly applied, as in the case of the Tarcoles River.

Lawyer and environmentalist Walter Brenes, 34, said that all of Costa Rica’s rules and regulations “do not solve the problem.”

He said the country needs “real public policy that is completely aimed at protecting wildlife.”

Honduras under state of emergency over gang activity

Police stepped up their presence on the streets of Honduras Friday after President Xiomara Castro declared a state of emergency to quash a rise in gang activity in the Central American nation.

The small country has long been plagued by poverty, gangs, and violence linked to drug trafficking. Gangs have recently been extorting ordinary citizens as they go about their business.

“To strengthen efforts to recover lawless areas in the neighborhoods, in villages, in departments, I declare a national state of emergency,” said Castro on Thursday.

An AFP photographer reported a heavy presence of special forces and other officers in the capital on Friday.

The state of emergency comes just days after hundreds of truckers protested in the capital Tegucigalpa to demand the government take steps to stop gangs from extorting a “war tax” from them.

She urged the police to recover public spaces “assaulted and controlled by organized crime and its gangs.”

She asked police to identify hotspots where “the partial suspension of constitutional guarantees” would be necessary.

Police chief Gustavo Sanchez said he would dedicate more money and at least 20,000 officers to the efforts to stamp out gang activity.

Along with neighbors El Salvador and Guatemala, Honduras forms the so-called “triangle of death” plagued by the murderous gangs called “maras” that control drug trafficking and organized crime.

High poverty and unemployment, mixed with gang and drug violence, forces nearly 800 Hondurans to leave the country every day, mainly headed for the United States, where more than a million already live, most of them undocumented.

Three jailed for 30 years for drone attack on Venezuelan leader