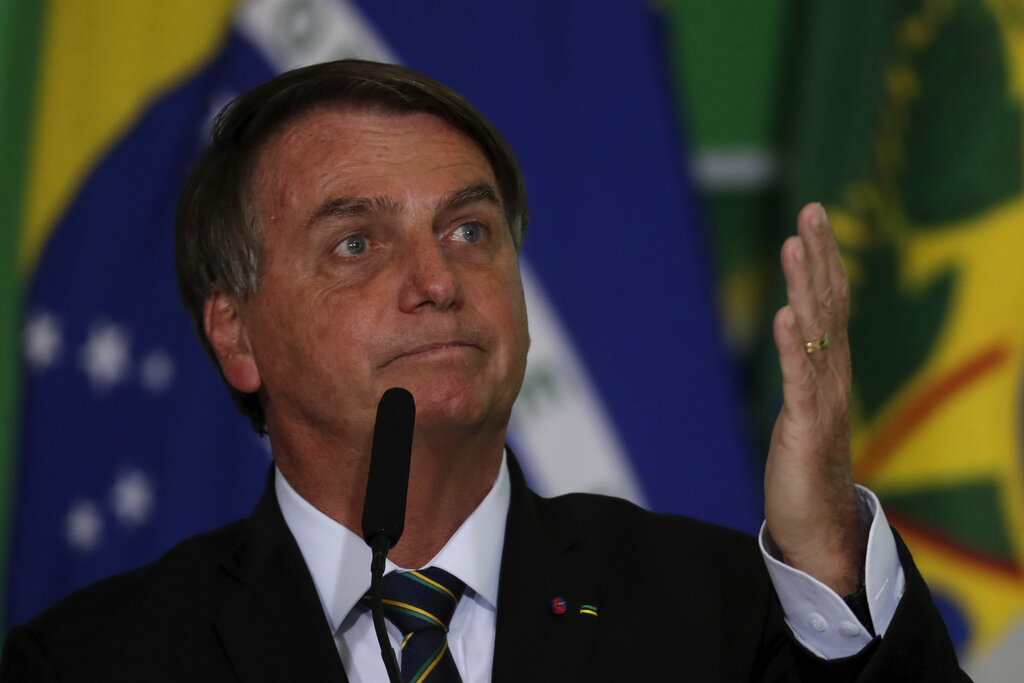 Brazilian President Jair Bolsonaro got into an altercation Thursday with a social media personality who questioned and insulted him, grabbing the man by the shirt and arm after he called the leader a “bum.”

Video of the incident outside the presidential residence shows Bolsonaro clutching the heckler in an apparent attempt to grab his cell phone as the man filmed himself criticizing the far-right leader.

The incident happened outside the Alvorada Palace in Brasilia as a grinning Bolsonaro, looking casual in an untucked, short-sleeve blue shirt, greeted supporters who crowded around his waiting motorcade to take pictures with him.

Filming with his phone, Leao approached the president and asked why he had entered an alliance with a corruption-stained group of parties known as the “Centrao” and signed legislation restricting plea bargains, often used in anti-graft investigations.

An unidentified person pulled Leao away and threw him to the ground. Undeterred, Leao approached again, calling the president — who had gotten in his car — a “coward,” “bum” and “the Centrao’s sweetheart.”

Bolsonaro then exited the car and appeared to make a grab at Leao’s phone.

“Come here, I want to talk to you,” the president said, first grabbing Leao by the front of his football jersey, then clutching his left arm with both hands.

The president’s security detail then intervened and escorted Leao away.

Several minutes later, Bolsonaro allowed Leao to approach again — a line of bodyguards between them — and spoke briefly with him.

“I have to get things passed in Congress, right?” the president said, before returning to his car and leaving.

Neither Leao nor the president’s office immediately responded to requests for comment.

Leao, who regularly posts videos of himself asking hostile questions of both left- and right-wing supporters, said he was no fan of Lula’s Workers’ Party (PT), either, calling them “bums” too.

Apple warns of flaw that lets hackers into iPhones, Macs