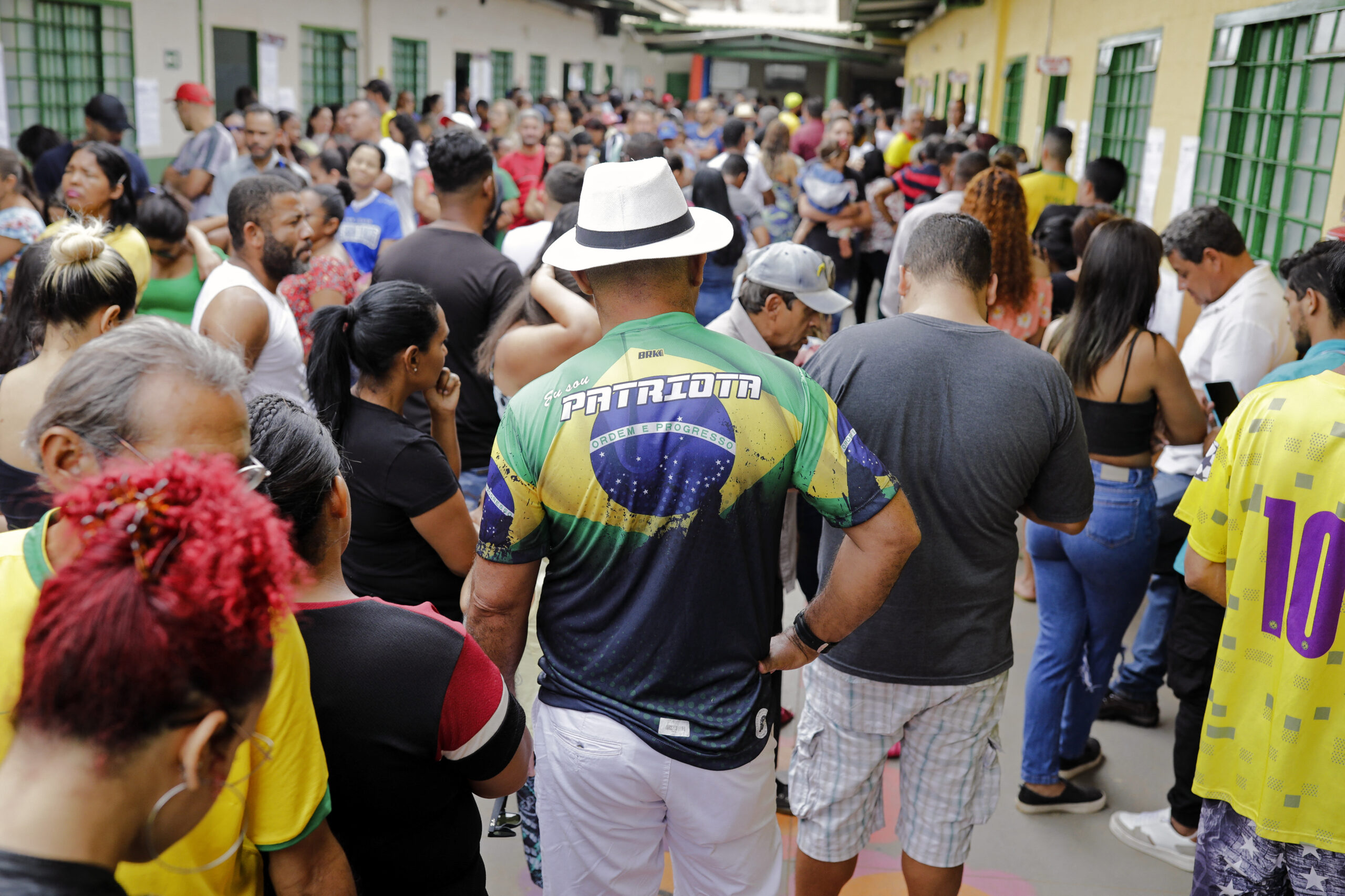 Brazilians wore their loyalty on their sleeves, literally, as they turned out in large numbers Sunday dressed to flaunt their political preference in a polarized presidential election.

Many were decked out from head to toe in the red of leftist front-runner Luiz Inacio Lula da Silva’s Workers’ Party, others in the yellow-and-green Brazilian colors far-right incumbent Jair Bolsonaro has claimed as his own.

It is a reflection of the tribalized nature of Brazilian politics, and made for colorful scenes at voting stations in Rio de Janeiro, Sao Paulo and Brasilia with bandanas, flags, shirts, stickers, even lipstick and colored sunglasses chosen to match a voter’s political leaning.

“There is no secret vote… it’s all in plain sight,” Debora Mattos, 45, told AFP after casting her vote near Rio’s famous Copacabana tourist beach.

She wore a T-shirt with an image of the Brazilian flag; a white top with the words “Bolsonaro president” and the incumbent’s face tied around her waist.

Brazilian law allows individual voters to wear clothing or paraphernalia advertising their political allegiance, as long as they do not distribute party political material or engage in campaigning.

As red- and yellow-clad voters mixed in thousands of voting queues around Latin America’s biggest democracy, there were no reports of disagreements half-way into the eight hours of voting.

Bolsonaro himself voted in Rio de Janeiro in a T-shirt of yellow and green.

Lula opted for a more statesmanly look: casting his ballot in Sao Paulo state in a dark suit and a blue button-up shirt.

Unlike Bolsonaro, who had urged his supporters to turn out in the national colors as he had, Lula told his fans to come any which way they liked. Just come.

In the capital, Brasilia, 32-year-old policeman Andre Ribeiro took the bold step of draping himself in a Worker’s Party flag in a Bolsonaro-majority area where he was a red speck in a sea of yellow and green.

He complained of followers of Bolsonaro “stealing” the national colors.

At a polling station in Rio, Marcio Lessa, 59, opted for white.

“I’m afraid of being attacked,” he told AFP, flashing an “L” with his right thumb and forefinger while silently mouthing “Lula.”

Some chose their outfit to make a different point: about unity.

One of them, 32-year-old Juliana Trevisan, 32, wore a green-and-yellow shirt… with Lula’s image, voting in Rio.