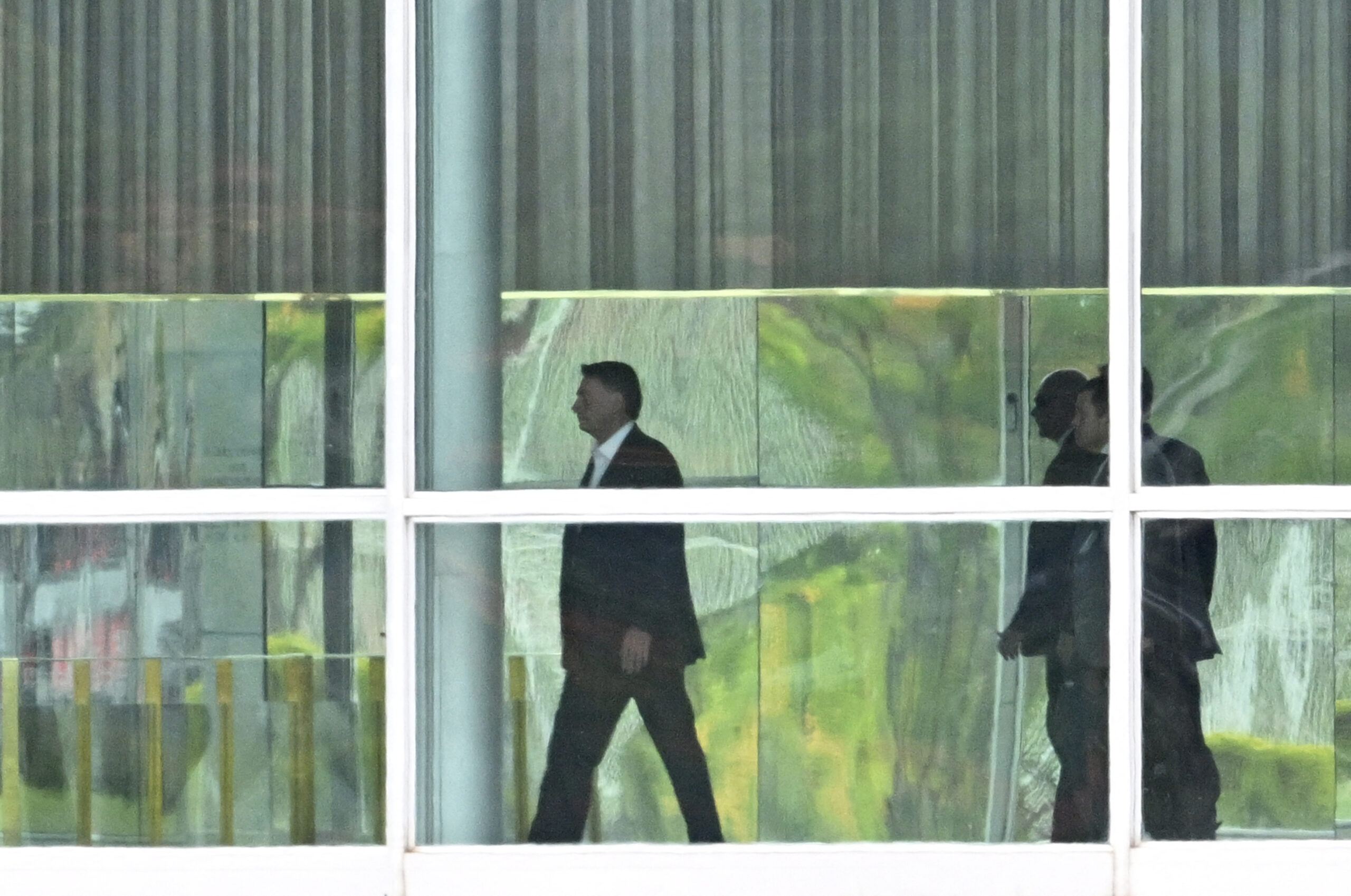 Twenty-four hours after the close of voting in Sunday’s deeply polarizing runoff election, Bolsonaro had still not recognized the outcome — raising fears he could try to challenge it, with potentially turbulent results for the country.

Charismatic but tarnished ex-president Lula defeated Bolsonaro by the narrowest margin in Brazil’s modern history — 50.9 percent to 49.1 percent — to return for an unprecedented third term at the helm of Latin America’s biggest economy from January 1.

After a dirty, divisive campaign that left the country of 215 million people split in two, the 77-year-old leftist icon now faces a laundry list of challenges, including a struggling economy, rampant destruction of the Amazon rainforest, and a powerful and angry far-right.

But first, there is the giant question mark over whether Bolsonaro will accept defeat.

The far-right president has not spoken publicly or on his beloved social media accounts since the result was announced, after months of alleging fraud in the electoral system and a conspiracy against him.

The transition period got off to a tense start as pro-Bolsonaro truckers and protesters blocked highways in at least 11 states across the country Monday, burning tires and parking vehicles in the middle of the road to halt traffic.

Wearing the yellow and green of the Brazilian flag — which the outgoing president has adopted as his own — the protesters wielded pro-Bolsonaro signs and sang the national anthem, before gradually being broken up by the authorities.

Markets were volatile, but reacted favorably overall to the election: after dipping slightly, stocks were up 1.3 percent in afternoon trading in Sao Paulo, and the Brazilian real gained more than two percent against the dollar.

There was meanwhile radio silence from Bolsonaro, whose absence sparked jokes online.

One meme that went viral earlier Monday featured a picture of a vaguely disoriented-looking Bolsonaro, with the caption, “Missing: elderly man, very talkative, has not been heard from in 12 hours.”

First Lady Michelle Bolsonaro meanwhile denied swirling rumors of a post-election marital crisis, after she and her husband reportedly stopped following each other on social media.

AFP journalists said Bolsonaro left his official residence without comment Monday morning for the presidential offices, where he was photographed walking down a corridor with a grim face.

Officials there said the former army captain was meeting with cabinet ministers.

There are fears Bolsonaro, 67, could attempt a Brazilian version of the US Capitol riots which rocked that country after his political role model, former US president Donald Trump, refused to accept his election defeat in 2020.

But the Brazilian leader may find himself isolated.

Some key Bolsonaro allies have publicly recognized his loss, including the powerful speaker of the lower house of Congress, Arthur Lira.

And international congratulations for Lula poured in from the US, China, India, France, Britain, South Africa and numerous others.

The European Union’s leadership voiced hope the result would lead to ratification of a trade deal with South American bloc Mercosur, long stalled over concerns about rampant deforestation in the Amazon under Bolsonaro.

Norway announced it would resume paying nearly $500 million in aid for protecting the world’s biggest rainforest, which it halted in 2019 over Bolsonaro’s policies.

“We had a head-on collision with Bolsonaro, whose approach was diametrically opposed (to Lula’s) when it came to deforestation,” Norwegian Environment Minister Espen Barth Eide told AFP.

Lula, who previously led Brazil from 2003 to 2010, criticized his nemesis Sunday night for not acknowledging the result.

“Anyplace else in the world, the defeated president would have called me to recognize his defeat,” he said in his victory speech to a euphoric sea of red-clad supporters in Sao Paulo.

The ex-metalworker, making his return from controversial, since-quashed corruption charges that sent him to prison for 18 months, vowed to work for “peace and unity” in the divided nation.

Easier said than done, according to political analysts.

“It was a very narrow victory (that left) half the population unhappy,” said political scientist Leandro Consentino of Insper university in Sao Paulo.

“Lula will have to show a lot of political skill to pacify the country.”

More than 6 000 baby turtles are released in Peru