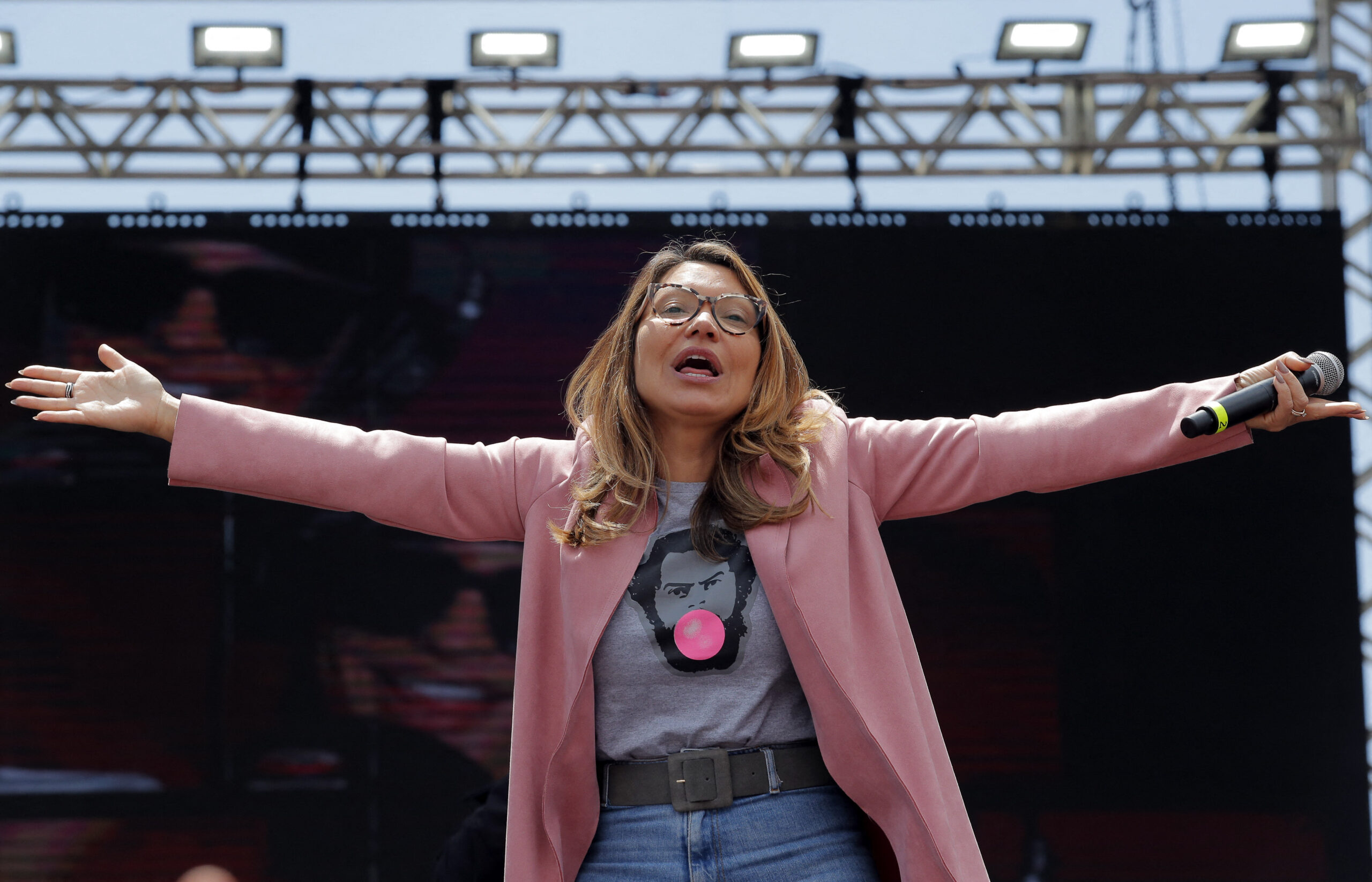 Jumping for joy in a bright red dress, then tenderly holding her husband’s victory speech as he addressed a sea of euphoric supporters, Brazil’s first lady-elect, Rosangela da Silva, looked very much in love.

Her husband, Luiz Inacio Lula da Silva, had just won Sunday’s presidential election in Brazil, capping a remarkable political comeback for the leftist icon — and his new wife was elated at his side.

Da Silva, a 56-year-old sociologist and left-wing activist, married Lula, a twice-widowed cancer survivor who is 21 years her senior, in May.

Despite being stuck in the slog of the ex-president’s brutal, divisive election campaign against far-right incumbent Jair Bolsonaro, the newlyweds have appeared to be on an extended honeymoon ever since — capped by Lula’s election victory.

Lula credits Da Silva, widely known by her nickname, “Janja,” with giving him new life after the 2017 death of his wife of 30 years, Marisa Leticia, with whom he has four children.

“I am as in love as if I were 20 years old,” the former — and now future — president says of his wife, a long-time member of the Workers’ Party.

Their age difference seems to have breathed new energy into Lula, whose first wife, Maria de Lourdes, died in 1971.

“When you lose your wife, and you think, well, my life has no more meaning. Then suddenly, this person appears who makes you feel like you want to live again,” he told Time magazine in an interview published just before he remarried.

The septuagenarian politician often links his political rebirth to his late-life love affair.

“I’m here, standing strong, in love again, crazy about my wife,” he told the crowd Sunday. “She’s the one who will give me strength to confront all obstacles.”

Earlier, Da Silva had celebrated the news of his victory by posting a picture of them on Twitter.

A kiss outside prison

Da Silva was born in the south of Brazil and earned a sociology degree from the university in Curitiba, capital of Parana state.

In 1983 she joined the Workers’ Party, which Lula had co-founded two years earlier.

Brazilian media reports say the two have known each other for decades, but Lula’s press people say their romance began only in late 2017 at an event with left-leaning artists.

But the love affair between this smiling woman with long chestnut hair and the aging lion of the Brazilian left became widely known only in May 2019.

At the time, Lula was in prison — jailed on controversial corruption charges that were later annulled by the Supreme Court.

“Lula is in love, and the first thing he wants to do when he gets out of prison is get married,” said one of his lawyers after a visit with him.

In the end, the two wed only this year. It was a discreet ceremony — by Lula’s standards. The 200 guests included celebrities like singer Gilberto Gil, who had served as culture minister under Lula.

While Lula was in prison, Janja would pen affectionate tweets about him. “All I want to do is hug you and cuddle with you non-stop,” she wrote on his 74th birthday.

In November 2019, shortly after Lula’s release from prison, they shared a kiss before a crowd gathered outside the prison in Curitiba, where Lula had spent 18 months locked up.

While she has been active in Lula’s campaign, on stage and on social media, Da Silva is very private with her personal life. The magazine Veja says she was previously married for more than 10 years and has no children.

Now, as of January 1, she will be Brazil’s first lady.

“I want to give new meaning to the role of first lady, by focusing on topics that are priorities for women, such as food insecurity or domestic violence,” she said in August.

She was one of the stars of his campaign, playing a leading role from the day it launched on May 7 — right up to his victory speech on Sunday night.