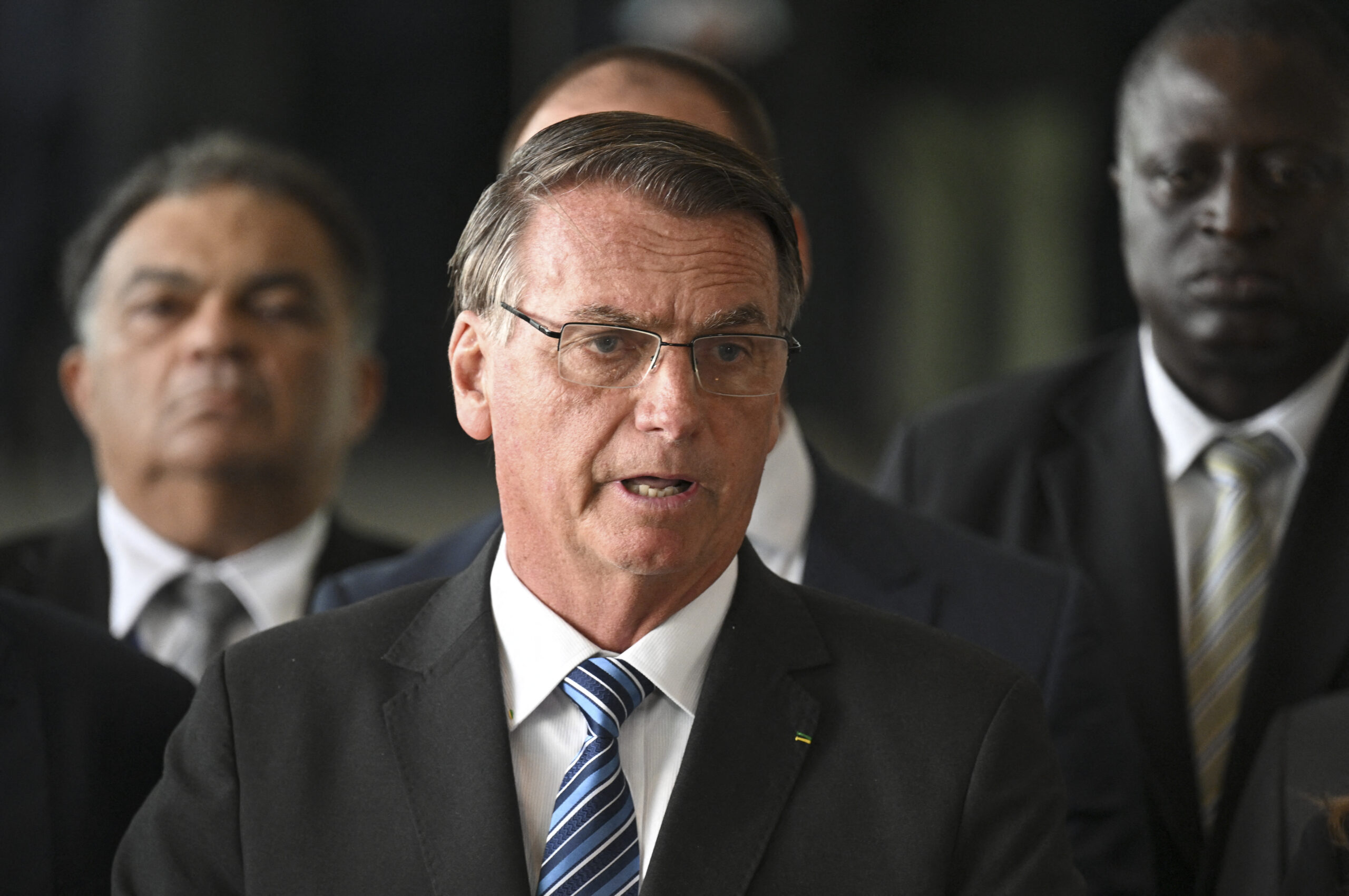 Bolsonaro, 67, broke two days of silence after his razor-thin loss to Lula on Sunday, which sparked protests from his supporters across the country and fanned fears he would not accept the outcome.

In a speech that lasted just over two minutes, the far-right incumbent neither acknowledged defeat, nor congratulated Lula on his victory.

Bolsonaro started by thanking the 58 million Brazilians who voted for him, before commenting that the roadblocks erected by his supporters across the country were “the fruit of indignation and a feeling of injustice at how the electoral process took place.”

“Peaceful protests will always be welcome,” he said, adding that people should not be impeded from coming and going.

“As president of the Republic and a citizen I will continue to comply with our constitution,” he said, before handing the podium to his chief of staff Ciro Noguiera, who said Bolsonaro had “authorized” the “start of the transition” process.

Lula’s Workers’ Party announced Tuesday that his vice-president-elect Geraldo Alckmin would lead the transition process which would begin on Thursday. Lula will be inaugurated for his third term as president on January 1.

Bolsonaro’s appearance, however succinct, capped two days of tensions over how he would respond to such a narrow loss after months of alleging fraud in the electoral system.

“Anyplace else in the world, the defeated president would have called me to recognize his defeat,” Lula said in his victory speech to a euphoric sea of red-clad supporters in Sao Paulo on Sunday night.

Bolsonaro remained silent even as key allies publicly recognized his loss, including the powerful speaker of the lower house of Congress, Arthur Lira.

Federal Highway Police (PRF) on Tuesday reported more than 250 total or partial road blockages in at least 23 states by Bolsonaro supporters, which they were attempting to disperse, in some cases firing teargas at demonstrators.

Protesters wearing the yellow and green of the Brazilian flag, which the outgoing president has adopted as his own, said they would not accept the outcome of the election.

“We will not accept losing what we have gained, we want what is written on our flag, ‘order and progress’. We will not accept the situation as it is,” Antoniel Almeida, 45, told AFP at a protest in Barra Mansa, Rio de Janeiro.

On Monday night, Judge Alexander de Moraes of the Supreme Court ordered police to disperse the blockades immediately. He was acting in response to a request by a transport federation that complained it was losing business.

‘Strength of our values’

Bolsonaro became the first incumbent president in Brazil not to win re-election in the post-dictatorship era after a four-year term in which he came under fire for his disastrous handling of the Covid-19 pandemic, which left more than 680,000 dead in Brazil.

He also drew criticism for his vitriolic comments, polarizing style and attacks on democratic institutions and foreign allies.

Bolsonaro used his brief speech to reflect on his time in office and said the victory of a majority of right-wing candidates in Congress “shows the strength of our values: God, homeland, family, and liberty.”

“Our dreams are more alive than ever. Even in the face of the system, we overcame a pandemic and the consequences of a war,” Bolsonaro said, referring to Russia’s war against Ukraine, which has reverberated around the globe with rising prices and concerns of a major food crisis. “I was always labeled undemocratic and unlike my accusers, I always played within the limits of the constitution.”

Lula gets to work

The post-election drama follows a dirty and divisive election campaign between Bolsonaro and Lula, who returns to office in a dramatic comeback.

Brazil’s president between 2003 and 2010, Lula crashed into disgrace in a corruption scandal that landed him in jail before his conviction was thrown out due to bias from the lead judge. However, he was not exonerated.

The election outcome showed just how polarized the country is between the two very different leaders.

Court frees one of four accused in Argentina VP attack