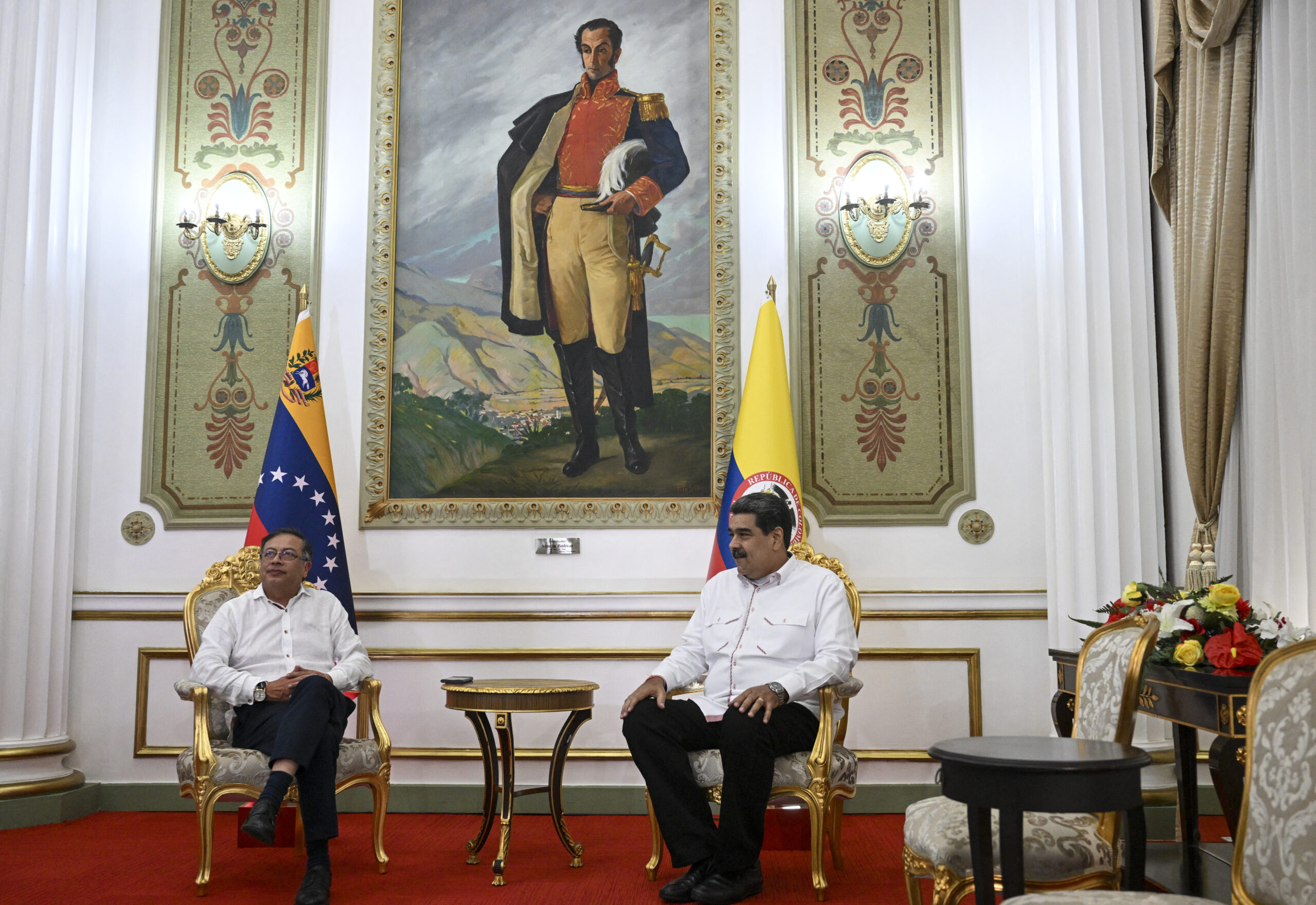 Colombia’s Gustavo Petro met on Tuesday with his Venezuelan counterpart, Nicolas Maduro, in the first talks at presidential level since the neighbors reestablished diplomatic ties after a three-year break.

The meeting in Caracas of the two leftist leaders marked a watershed warming between the once-estranged neighbors.

Petro, a former M-19 leftist insurgent who was sworn in as Colombia’s first leftist president in August, called for Venezuela to be brought back into a regional trade alliance and a human rights system.

“We want to invite Chile, Ecuador, Bolivia and Peru to accept the reintegration of Venezuela in the Andean Community as a member with full powers,” Petro said after meeting Maduro at the Miraflores Palace.

Petro also called for Venezuela to be pulled back into the human rights convention of the Organization of American States, a hemispheric alliance.

Maduro said he was “very receptive” to the idea.

Venezuela severed diplomatic relations in 2019 after increasingly strained ties with Petro’s predecessors Juan Manuel Santos and conservative Ivan Duque — who Maduro even accused of orchestrating plans to assassinate him.

The final straw came when Duque backed Venezuelan opposition leader Juan Guaido — recognized by dozens of countries as the victor in 2018 elections claimed by Maduro.

It was the first visit by a Colombian president to Venezuela’s capital since 2013.

Caracas and Bogota formally reestablished diplomatic relations on August 29 by sending ambassadors to each other’s capitals.

Guaido on Tuesday criticized Petro’s decision “to visit the dictator Maduro… and to call him ‘president’.”

It was an “action that could dangerously normalize human rights violations… and the worst migration crisis in the world,” he wrote on Twitter.

More than seven million Venezuelans have left their country since 2014, according to the United Nations.

Some 2.5 million find themselves in Colombia, as part of an open-door policy followed under Duque, in support of Guaido.

Maduro, after the talks, called for “new steps toward a total opening” of the two neighbors’ shared 2,200-kilometer (1,370-mile) border, a frontier that has been infested with armed groups fighting over lucrative drug resources and routes.

In September, Colombia and Venezuela reopened the border to vehicles transporting goods — considered the first step toward resuming commercial relations worth about $7.2 billion in 2008 but only $400 million last year.

A string of recent leftist victories in South America meanwhile appear to have placed Maduro in a stronger position.

On Monday he said he had spoken to Brazil’s president-elect Luiz Inacio Lula da Silva, to “resume the binational agenda of cooperation” all but paralyzed under the government of far-right leader Jair Bolsonaro.

Russia’s invasion of Ukraine — and the pressure it placed on global energy supplies — also brought about behind-the-scenes efforts by the United States to engineer at least a minimal warming with Venezuela, a major oil producer.