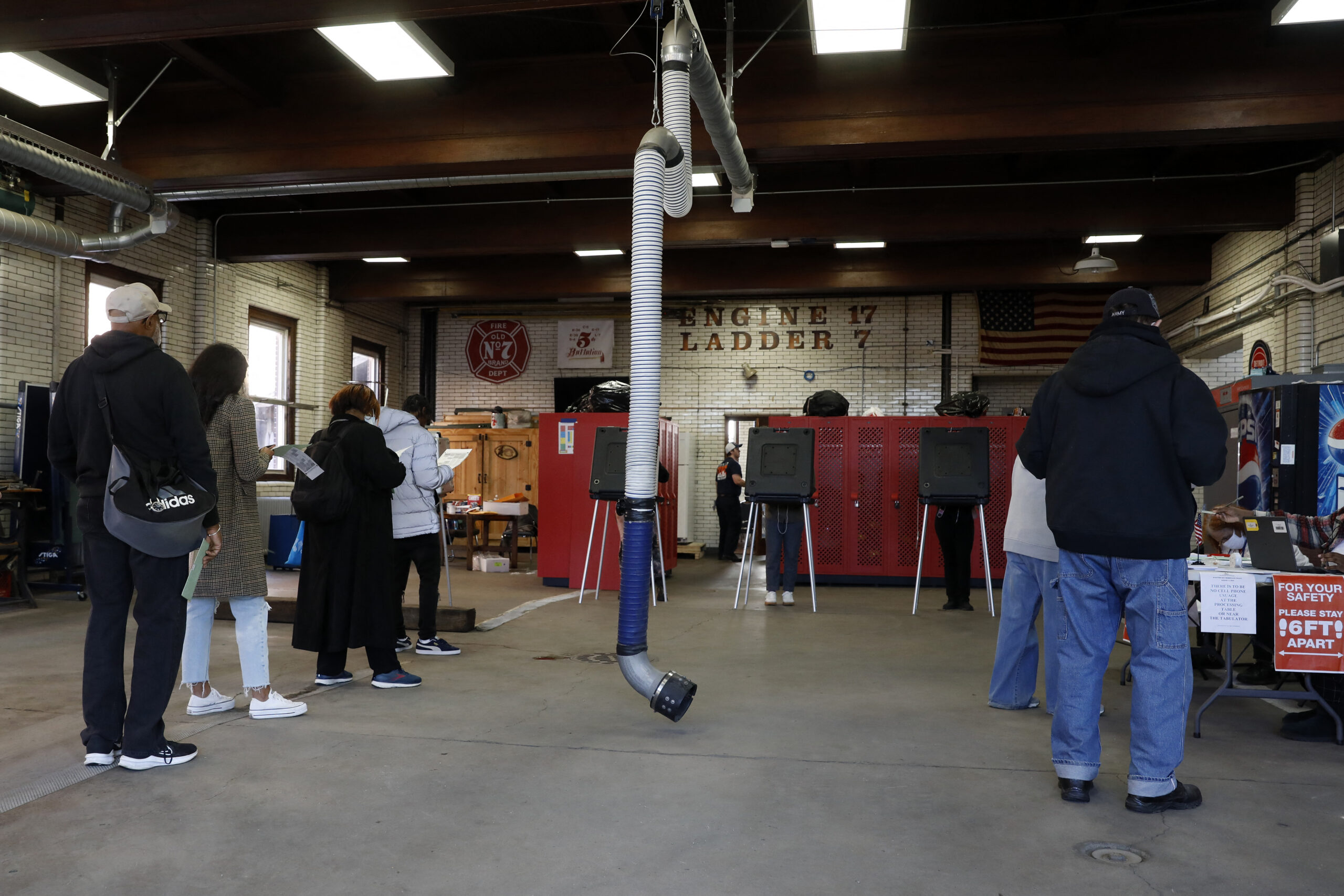 Control of the US Congress is at stake Tuesday as Americans vote nationwide, but with key races expected to be close, and possible delays and court challenges, results might not be known for days.

Political tensions could rise as the days, or weeks, roll on without a certain winner.

Some national TV networks, using complex calculations based on early results and traditional voting patterns, will likely declare winners on the evening of election night.

But though highly accurate, these projected results are limited by the number of races deemed “too-close-to-call.”

The crucial answer to whether Democrats or Republicans capture the US Senate — currently evenly divided — could take an especially long time.

Pollster predictions suggest the 100-member body could end up evenly divided, or split by two seats.

Counting votes takes time for several reasons, but since the 2020 election — which loser Donald Trump continues to claim, without evidence, was marred by fraud —  the process has become more politically fraught.

In Arizona, where political tempers are high, Secretary of State Katie Hobbes, the Democratic candidate for governor, said they were preparing for possible violence.

“Certainly given what we saw in 2020 and the aftermath, the amount of harassment and threats that election officials have been subjected to since then, and the ramping up that we’ve seen in the last several weeks leading to this election, we’re certainly prepared for that,” she said.

Americans can vote on the official election day in polling places equipped with electronic tabulation machines.

But the Covid-19 pandemic accelerated a shift to voting early in polling places and by mail.

Mail-in votes take longer to count, because they must be removed from envelopes, a labor-intensive process at scale.

In some states, voters have until election day to actually post their mail-in ballots, which then might not arrive for several days.

Votes cast by Americans living overseas, including many in the military, might not arrive and be counted until after election day. Though those numbers are relatively small, in a close race, they could be critical.

According to University of Florida Professor Michael McDonald’s US Elections Project, as of midday Tuesday, 45.8 million early votes had been cast, of them 25.4 million by mail or placed in drop boxes.

States have different rules on when mail-in votes can be processed — removed from the envelopes and checked against voter rolls — and when they can be counted.

In nine states, like Pennsylvania, where there is a very close Senate race, the ballots cannot be processed until election day. Sixteen states do not allow mail-in votes to be counted until after the polls have closed on Tuesday.

That means processing and counting can go on well past election day — in 2020, the results in some crucial swing states were not known for three days.

Control of the Senate might not be decided at all on Tuesday. In Georgia, Republican Herschel Walker and Democrat Raphael Warnock are running neck-and-neck for a Senate seat.

But a third candidate, Libertarian Chase Oliver, could earn enough votes to prevent either Warnock or Herschel from topping the 50 percent threshold, and force a runoff between the two.

In the 2020 elections, a similarly close race in Georgia kept overall control of the Senate undecided until a runoff took place in early January 2021. This year, a runoff would take place in December.

Very close races can result in mandatory recounts, usually when candidates are divided by less than 0.5 percent of the total vote.

With eight Senate races appearing very close, that could add days of suspense to the overall result.

In addition, the 2020 election showed that parties are willing to turn to the courts to contest close elections, to decide on which ballots can be counted, to challenge counting processes and to question the accuracy of tabulation machinery.

Dozens of lawsuits have already been filed around the country, many of which focus on which ballots can or cannot be counted.

In Pennsylvania, there is already a court battle brewing on whether unsigned or incorrectly dated mail-in votes can be counted.

Biden agenda at stake, and Trump in the wings, as Americans vote