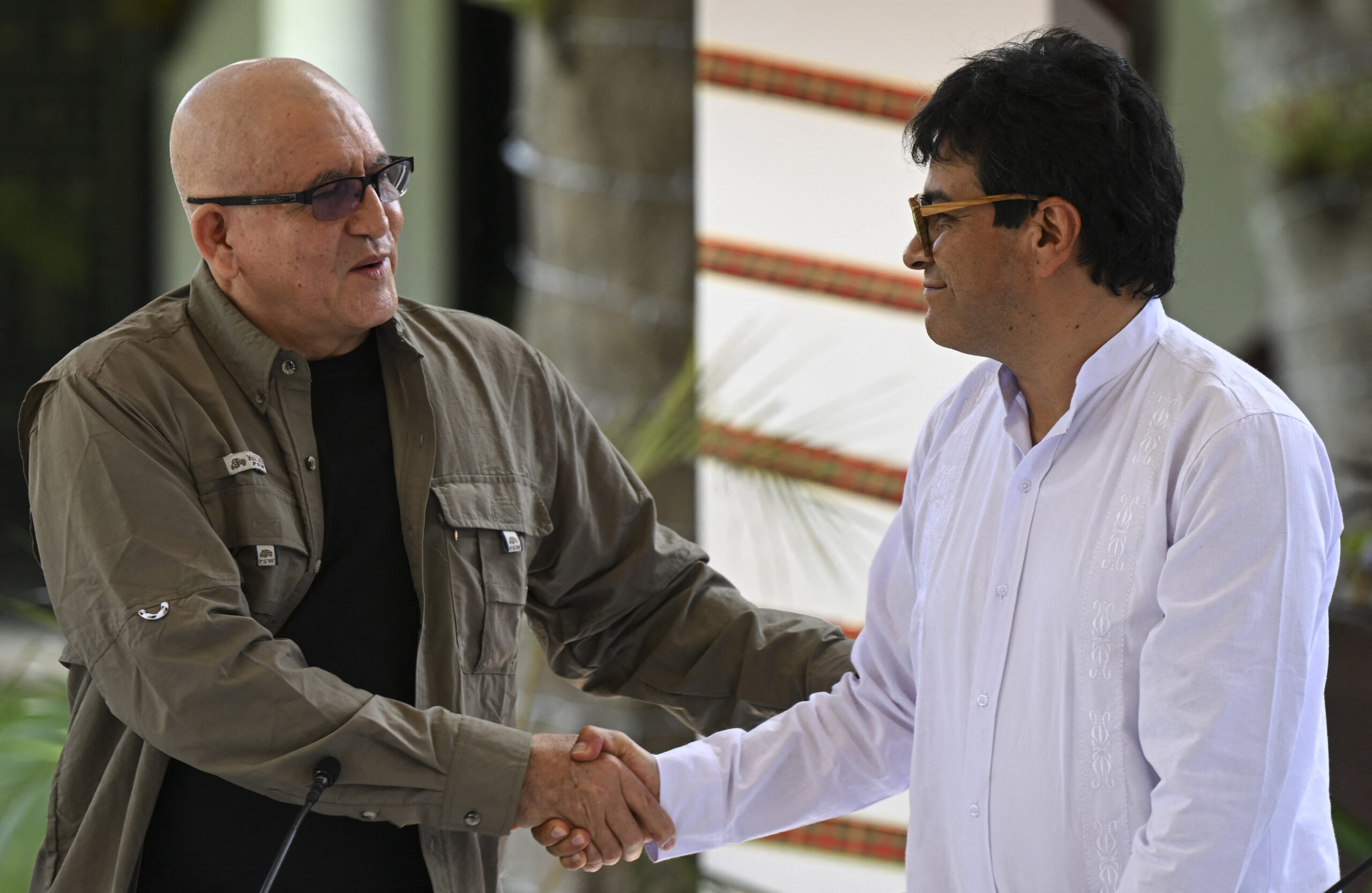 The resumption of negotiations “will be next Monday, November 21, in the afternoon in the city of Caracas,” read a statement posted to Twitter Friday and signed by the Colombian High Commissioner for Peace, Danilo Rueda, and ELN peace delegation member Pablo Beltran.

Colombia has suffered more than half a century of armed conflict between the state and various groups of left-wing guerrillas, right-wing paramilitaries and drug traffickers.

The ELN is the last recognized rebel group operating in Colombia, although FARC dissidents who refused to sign the 2016 peace deal remain active.

Negotiations with ELN, started in 2016, were interrupted three years later by conservative president Ivan Duque following a car bomb attack on a police academy in Bogota that left 22 people dead.

President Gustavo Petro, who in August became Colombia’s first leftist leader, has vowed to take a less bellicose approach than his predecessors to seeking an end to the violence.

“We are aware of the deep desire of the Colombian people… to move forward through a peace process and democracy building,” the joint statement read.

As a good-will gesture, the guerrillas on Wednesday released two soldiers who had been captured near Venezuela earlier this month.

While the two sides have not declared a ceasefire, they agreed in October to resume talks. The new round has Venezuela, Cuba and Norway acting as guarantors.

The initial, 2016 dialogue with the ELN kicked off under ex-president Juan Manuel Santos, who signed a peace treaty with the larger Marxist Revolutionary Armed Forces of Colombia (FARC) rebel group, which subsequently laid down weapons and created a political party.

The ELN’s peace delegation spent four years based in Cuba, as they had been barred from returning to Colombia.

They left Cuba for Venezuela in October to begin the new talks promised by Petro, himself a former urban guerrilla.

The government and ELN have not yet released full lists of negotiators for the talks beginning Monday.

Colombia and Venezuela recently resumed relations after a 2019 rupture caused by Duque’s refusal to recognize President Nicolas Maduro’s reelection the year before in a vote widely condemned as a sham by the international community.

Duque had accused Venezuela’s socialist leader of harboring rebels across the border.

But since Petro came to power, he has reestablished diplomatic ties with Caracas, allowing the Maduro government to help facilitate peace talks with the ELN.

Founded in 1964, the ELN counts around 2,500 members, about 700 more than it did when negotiations were broken off.

It is mostly active in the Pacific region and along the 2,200-kilometer (1,367-mile) border with Venezuela.

Trump gets warm reception at Republican gathering as rivals lash out