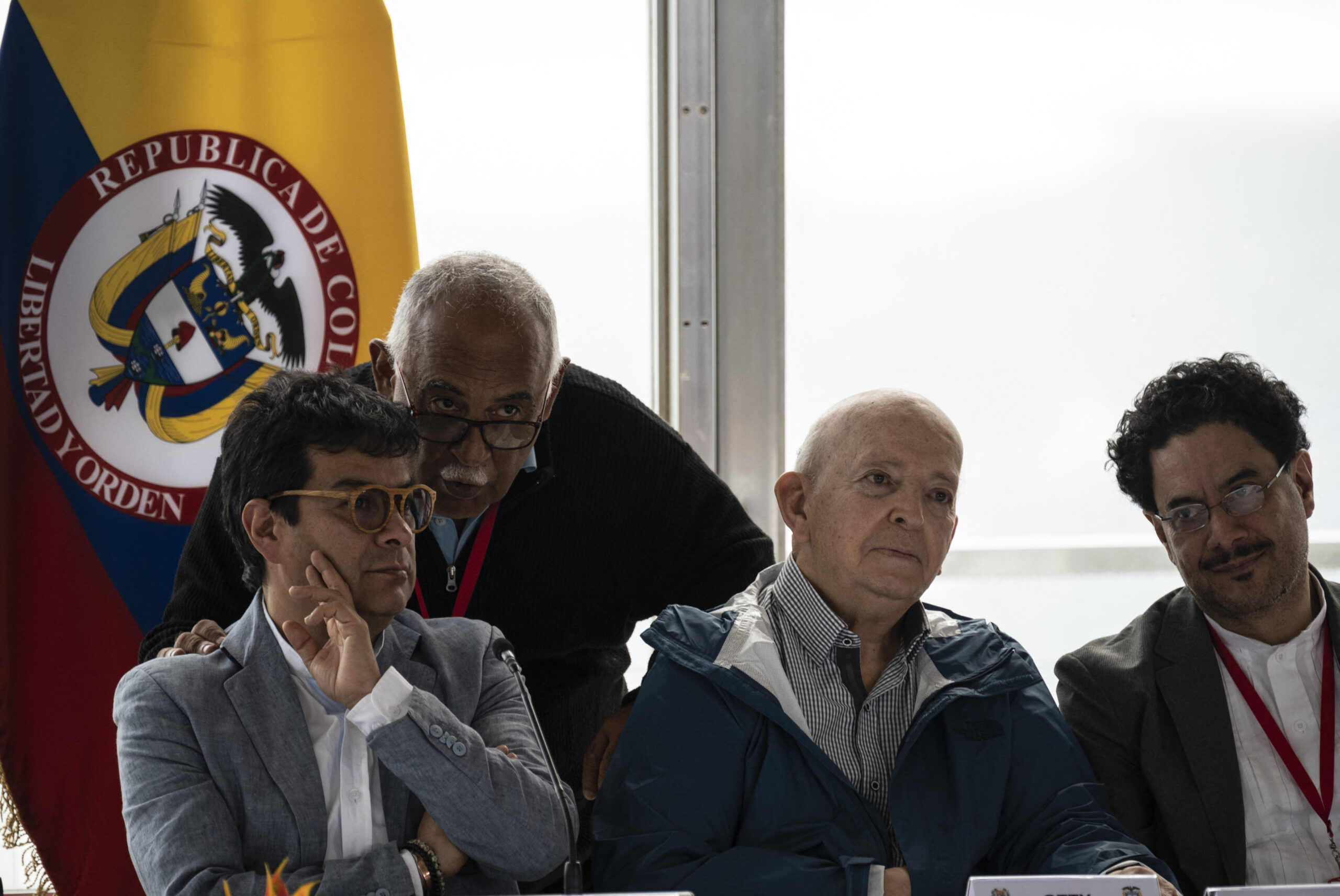 Colombia’s government and the National Liberation Army (ELN), the last recognized rebel group in the country, resumed formal peace talks in Venezuela Monday for the first time since they were suspended in 2019.

The talks are a push by President Gustavo Petro, who in August became Colombia’s first-ever leftist leader, and has vowed a less bellicose approach to ending violence wrought by armed groups, including leftist guerrillas and drug traffickers.

In their first meeting, the parties agreed to “resume the dialogue process with full political and ethical will,” according to a joint statement.

They added that the talks aim to “build peace” and make “tangible, urgent, and necessary” changes, highlighting the need for “permanent compromises.”

The first round of talks will last 20 days.

Colombia has suffered more than half a century of armed conflict between the state and various groups of left-wing guerrillas, right-wing paramilitaries and drug traffickers.

The ELN started as a leftist ideological movement in 1964 before turning to crime, focusing on kidnapping, extortion, attacks and drug trafficking in Colombia and neighboring Venezuela.

It has around 2,500 members, about 700 more than it did when negotiations were last broken off. The group is primarily active in the Pacific region and along the 2,200-kilometer (1,370-mile) border with Venezuela.

Dialogue with the group started in 2016 under ex-president Juan Manuel Santos, who signed a peace treaty with the larger Marxist Revolutionary Armed Forces of Colombia (FARC) rebel group that subsequently abandoned its weapons and created a political party.

But the talks with the ELN were called off in 2019 by conservative former president Ivan Duque following a car bomb attack on a police academy in Bogota that left 22 people dead.

Petro — himself a former guerrilla — reached out to the ELN shortly after coming to power, as part of his “total peace” policy.

The ELN peace talks delegation spent four years based in Cuba, as they had been barred from returning to Colombia by the previous government.

They traveled to Venezuela last month, where the fresh round of talks was announced.

Colombian Defense Minister Ivan Velasquez warned that the negotiations do not imply a “suspension of operations” against the ELN.

“If there is an encounter with someone who has an arrest warrant, they must be captured… There is no ceasefire,” he said.

‘We all have to change’

Colombian peace commissioner Ivan Danilo Rueda hailed a “historic moment” for the country after the meeting.

“We are here honoring life, the lives of so many beings who are no longer here,” Rueda said. “Murdered, disappeared.”

ELN delegate Pablo Beltran said he hoped the dialogue would be “an instrument of change… and we hope we won’t fail.”

“In Colombia, we all have to change” and “overcome the dynamic of death,” he said.

Caracas is hosting the first meeting, and the talks will rotate between the other guarantors Cuba and Norway.

A statement from the guarantor nations said Monday’s meeting was “an important step to achieve peace.”

“I reiterate the support of the Secretary General @antonioguterres to this process,” he wrote on Twitter.

Venezuela’s President Nicolas Maduro hailed the process as “a message of hope for a peaceful Latin America and Caribbean,” at a rally in the capital.

Bacterial infections the ‘second leading cause of death worldwide’

Health or jobs: Peruvian mining town at a crossroads